And then there was Red Stone Glen

Where it all began.

Students and customers often inquire where it all began, meaning how did my relationship with weaving all begin? In all honesty I find it difficult to place my finger on one very influential experience, or a single place in time that sparked the flame that has now grown into my love of weaving today. Who knows if it was nature or nurture, but one things remain evident, I was intrigued by the arts from a very young age, and not just fiber arts but anything that I could get my little paws into. What I do know to be true is, I was very fortunate to grow up in a household where I was surrounded by amazing parents who carved my personality by exposing me to as many experiences as possible, and indulged my creative whims.

As a child I was also inspired, and in awe of the power of knowledge. Many of you have experienced the power of an influential teacher who has captivated your attention or inspired you to try something new. I was able to experience that first hand on a daily basis. Be it Luciano Pavarotti impressions over pancakes in the morning, or a Jackson Pollock history lessons while painting our shed, my father made every experience a teachable moment. I saw this passion for teaching on full display when my mother and father would take me along to do craft shows. For much of my childhood my father supplemented his income by doing craft fairs, selling his handwoven towels and rugs for what now seems like pennies. I never saw my father asa a struggling artist, but as I look back, I remember hearing the beater on his loom pound away as I lay in my bed until it lulled my sisters and me off to sleep. Close by my mom sat hemming towels until her fingers cramped into tight fists the weeks leading up to a big show. This was not only his passion but a way of life. When we went to shows it was pure magic for me. Crowds of enthusiastic people, the smells of fair food and rows and rows of artist’s booths peddling some of the most intriguing wares my eyes had ever seen. It was of course another time… my mom would give me a few dollars and encourage me to explore. I had my favorite craftsmen of course that I saw several times throughout the year; they were interesting, they were nomadic and they were a passionate breed. They too set their booths up for demonstration, as well as selling their wares. My mother would often find me at the foot of “Rip”, the wooded bowl carver. Watching each draw of the knife he precisely carved in a little deeper with every stroke to reveal the grain of the piece of wood he had chosen for that very bowl. Or Carol, the basket maker who would plunge her well worked hands into a barrel of water soaking her reeds, selecting one to her liking, and transform it through pure artistry to be used as one of mankind’s most ancient and utilitarian tools that to this day no machine can reproduce. 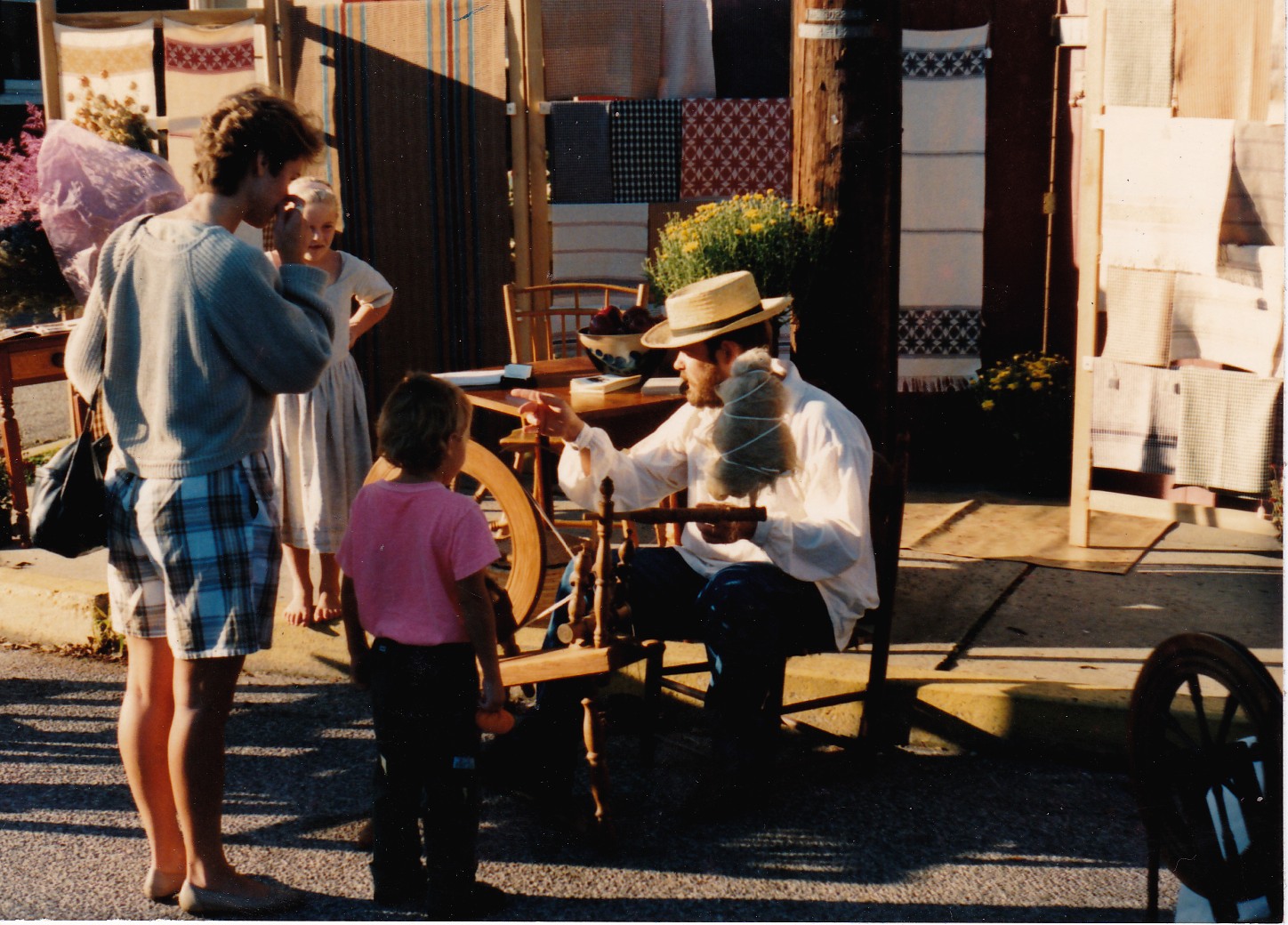 And then there was my own father. I was always astonished to see his hands at work. It’s amazing how he could draw in a small crowd all gathered around his spinning wheel as he gently dipped his fingers in the water bowl and drew several strands of flax through his fingers to produce a strand of hand-spun linen. Young boys and girls intrigued by the wheel itself, watching it spin round and round, the treadle rising and falling in perfect unison setting them in a trance. He patiently speaks to them about the wheel itself, its’ long history, the craftsmen who created them and the crescendos to its’ modern day uses. I had heard this talk many times, but I always paused to hear it one more time.

Perhaps that’s where it began. That is where my love of teaching and my desire to create became one. 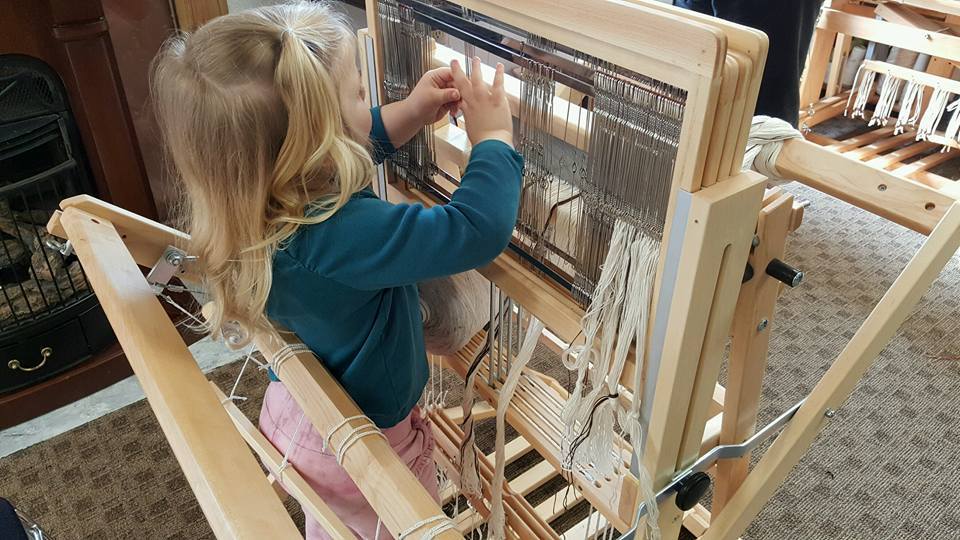 Do I see this in my own daughter?

No one quite knows what the future will bring. But I have to admit a slight sense of joy when I walk into the studio to see my little Windsor singing inside one of the looms when she believes no one is watching. Although this is play and she probably loves to tickle her fingers as she drags them across the heddle eyes, I see much more. Only time will tell how this magical world of wonder, creativity and a cornucopia of odd fellows will inspire and shape her own future.